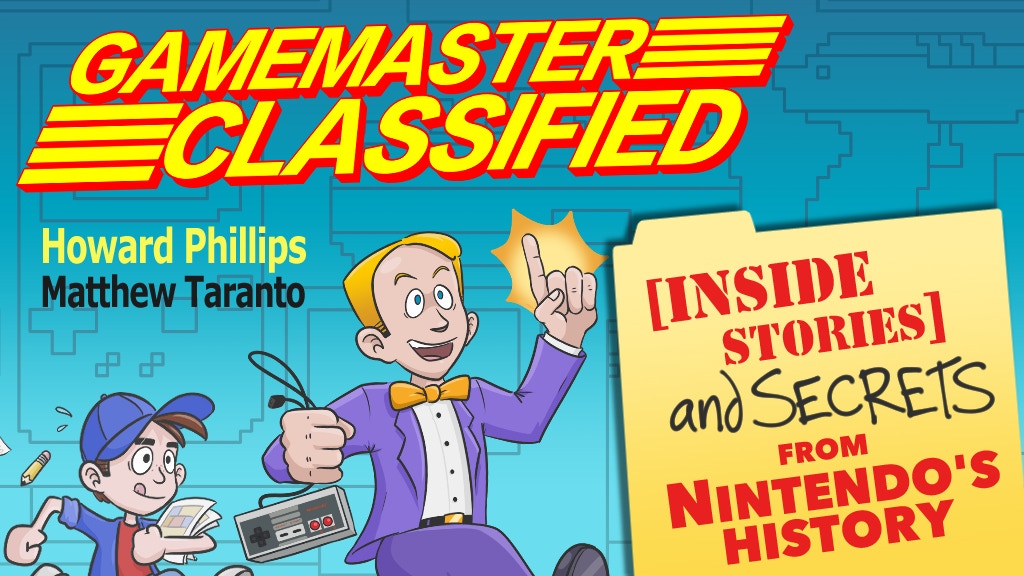 An Insider's Guide to Nintendo's Coming of Age

Latest Updates from Our Project:

Whew, it's been a bit of a rough month for me. Not only have we been quarantined due to my youngest catching coronavirus, but our family is set to evacuate from the incoming Hurricane Ida. As such, I'm popping today's update up moments before we hit the road!

This little game originally ran in NF Magazine a month back, but I thought our backers should be privy to the fun too! Can you guess which three of the following six scenarios actually happened, and which ones did not? Sometimes truth is stranger than fiction, as they say...

Despite these recent setbacks in the Taranto house, we're still rollin' with production. I've backed up my files in case the unthinkable happens, so hopefully this whole hurricane situation blows over soon, if you'll pardon the expression. In the meantime, stay safe!

Time for another peek at one of the book's sections!

Each chapter will contain a section titled Nintendo Insider; it's basically a snapshot of the goings-on at the company. Unlike the comic-based stories of Howard's Highlights and Matthew's Memories, Nintendo Insider is less personal and more of a broader-scale look at the business. That said, there'll still be a few asides from the Gamemaster as well...!

As a Nintendo fan myself, I'm interested in seeing how things developed and grew at NOA throughout the duration of the '80s. Hopefully my rendition of an animatronic Donkey Kong doesn't haunt your dreams, though.

We'll continue progressing on the book, so stay tuned for more updates each month!

Naturally, GAMEMASTER CLASSIFIED will cover a heck of a lot of Nintendo-related history and games, but we'll also be giving a nod to some of the notable releases outside of The Big N that hit arcades, the Sega Genesis, etc.

Today's update will test your knowledge of some of these other games! As you may have already surmised from our Summary page update, each chapter's intro pages features highlights from both Nintendo games, and other companies'. See if you can guess which games are displayed in each illustration below:

There are 3 games featured in A, 2 in B and C, and 3 in D. For Hard Mode, see if you can guess which year each piece is representing! (Hint: they're in chronological order)

There's also a fun challenge for NF Magazine subscribers in the upcoming issue, which I will share with you guys soon as well.

We're still plugging away at the content and are on track. I'm hoping it may still be feasible to hit that final Stretch Goal through the preorder store, so let your buddies know!

Comics and colorful layouts are all well and good, but sometimes you need a bit of a meatier story to sink your teeth into. Enter the Classified Information section of the book! These more substantial (but still brisk) articles dig a little deeper into some of the more curious and controversial happenings at the time. Howard also isn't shy about providing his own perspective on these events as well!

We're shooting for around 4 to 6 of these per yearly chapter. Check out a couple below:

This tale gets a bit technical but is an interesting reflection on both the creativity and slightly questionable practices that could go down in the tech industry of the '80s. The anti-Japanese sentiment is quite a glimpse into an unfortunate side-effect of Nintendo entering the game business.

As a Nintendo fan, I find these stories fascinating because I feel like there are a lot of takeaways from them--not only from a historical perspective but also on both how clever and cutthroat the industry-shapers could be at the time.

As for the design of this section, it's naturally based heavily on the classic Nintendo Power password-focused feature of the same name! Longtime NP readers may remember a bit of controversy with the magazine eventually dropping the manilla folders (much to some readers' chagrin), so I made sure to bring 'em back, complete with relevant "sticker"-like logos to give a splash of color to the proceedings. And like a few other sections of the book, this one has a few different headers that will change and rotate to keep the visual variety going.

Hi everyone! For today's update, we'll be taking a look at some of the featured art I'm doing for the Year in Reviews section. Some of the art will bundle a couple games together (especially if they're tied thematically like Star Wars/Star Trek or share a developer). You can check out what I've been working on for our 1989 section of reviews. Many of them are based directly off of official art, boxart, or iconic sequences from the titles. Do you recognize all 11 of the games listed featured below (there are four in the Game Boy image)?

That last game shown is contextual in a way in that it's a particular point of contention for Howard and me--it's the main image for our 1989 Debate section! Where does your opinion lie on this particular well-known NES RPG?


Thanks again for the support. We aim to have at least one update a month, so stay tuned for more looks at GAMEMASTER CLASSIFIED!